How to Win The Global Attention Span Challenge. 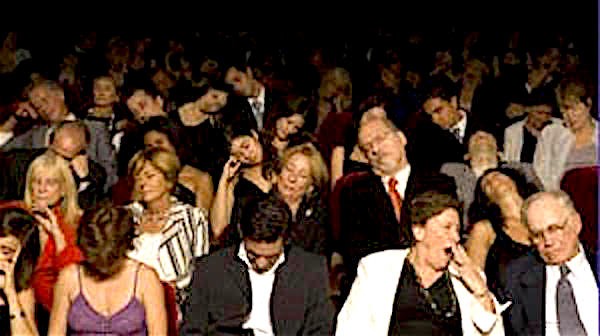 The iconic American writer, Mark Twain, once observed, “No sinner is saved after the first 20 minutes of a sermon.” If your goal is to capture and keep your audience’s attention today, Twain’s advice remains on point but it’s outdated. What is realistic? What can work?

For smart gifts for the holidays — practical e-books and resources on how to capture attention, open your message, organize your content, make a wedding toast and more — I invite you to visit my Speakout Shop. Just click here.

When I first started consulting with executives and community leaders on their presentations, the experts were saying the maximum length of our attention span was the time interval between commercials on television – roughly seven to eight minutes. So if you chopped your message into these shorter segments, you had a good chance of keeping attention. But that was before you could use digital devices to get instantaneous answers to nearly any question or desire you may have.  The average person checks emails, Facebook posts, Tweets, and news alerts as much as 30 to 40 times an hour, and that doesn’t stop during your talk.

Add the TV remote clicker to the mix – which empowers the user with instant gratification, the ability to change a program anytime boredom strikes, and things get even worse.

The latest findings suggest our attention span has dropped to a new low, an average of only five to seven seconds. In contrast, a gold fish has up to a nine second attention span. Audiences in the U.S. are generally less attentive than in some foreign countries.

So what can you and I do to keep the audience’s attention?

1.       Make your content as “you-focused” as possible, that is, try to appear as though you are having a big conversation and not a lecture.

2.       Avoid certain phrases that reduce the chances of maintaining interest. Don’t tell the audience we “have to” do certain things. Or that you “would like to” see something happen. Instead, outline your plan in clear, direct statements.

3.       Pose questions and let your audience participate in your remarks whenever possible.

4.       Weave relevant stories and examples into every main point of your message.