So You Don’t Want to Run for Office, but…

It’s sad to say but generally true, winning or losing in elections is not related to the candidates’ experience, 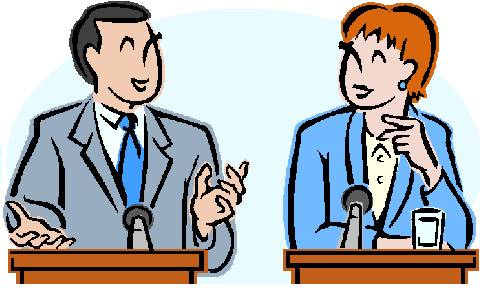 resume, or grasp of the issues. A win is due to a combination of how well they speak before groups, how they appear on camera, and their fundraising power. The latter also depends on public speaking and networking capabilities.

I contend that everyone is in the same position as political candidates in their professional and community roles. We are running for office even when we are not running for elected office. Aren’t you and I frequently trying to get people to do things we want or feel are important? While we’re not necessarily going after a vote in a booth, we are seeking approval, support or some other kind of action.

The gift of gab, or a lack of it, determines if a candidate gets elected or re-elected. Most candidates and those now serving in elected positions rely on so-called “talking points” to carry on their public conversations, their speeches to audiences, and their presentations to prospective donors. These talking points —usually thoroughly critiqued and reviewed by staff and close supporters—are what they intend to say on any given topic, including potentially disruptive or negative questions. 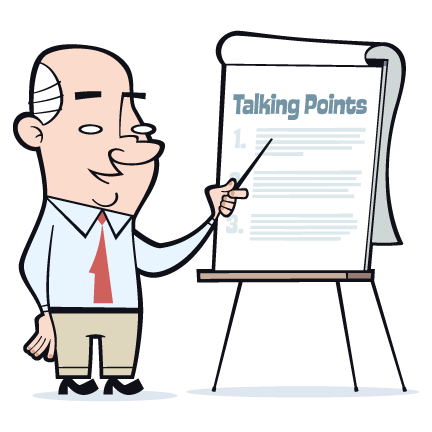 points that one particular candidate has consistently demonstrated. I’m not going to get into the politics here! I’m just observing that some folks seem to be able to speak in a more unscripted way than others. It doesn’t necessarily make them better; they just appear more verbally nimble.

Recently I got a call to help the incoming president of an industry group who wanted to serve but who was miserable at the thought of having to speak before the entire association. He was at home in the board meetings but had never addressed the large gatherings throughout the year, nor had he participated in any of the lobbying the position was going to require.

The same day, I was also approached to work with the owner of a pest control company who found himself with less than adequate visuals and uninspiring content to share at the weekly meeting of one of his business leads groups.

In both cases, these business professionals had accomplishments and stature that made others assume they would be good speakers as well. Their own lack of familiarity with key speaking basics, however, was interfering with their ability to take advantage of the exposure their respective leadership opportunities posed.

You don’t need to let your discomfort or unfamiliarity with speaking techniques prevent you from achieving all you are destined to do! To help you get started on your next message, I invite you to download a free copy of my new E-book, “Get the Yes! Start-Up Kit.” Just click here for a limited time only.

And if you’re ready to dig in, please consider my new E-course, Your Success Kit for Public Speaking, with nine videos and a cartoon filled step-by-step workbook. Just click here for yours.

This blog is an excerpt from Public Speaking for the Genius, my new book, due out in September. Want more? You can get a 25% pre-publication discount by ordering here.

We build our websites using Divi, the new DIVI 4.0 is released soon. Click here to visit.